Good Directing: Making Your Own Movie Step by Step 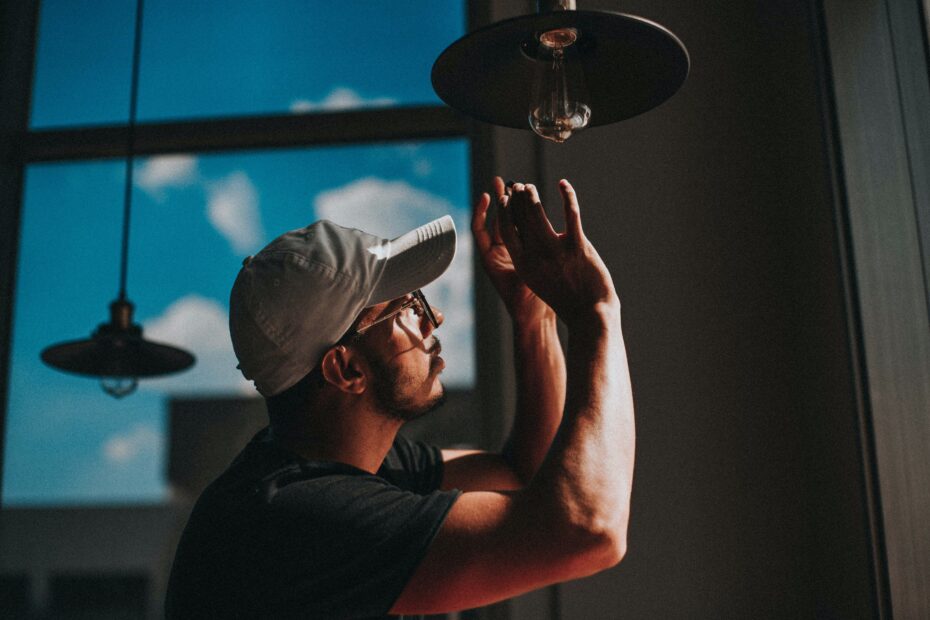 Everyone wants to be a Director. Ask people who don’t know anything about filmmaking what they’d like to do on a shoot and the first answer is always “Directing”. But very few people understand what Directing entails. If you have an image in your head about sitting in that Director’s Chair chatting to the Actors whilst you Tweet on your Blackberry, then you are in for a rude awakening.

The Directors main job is his vision. Ask twenty people to draw a dog with a bone and you will end up with twenty unique drawings, it is this unique vision that seperates Directors. Tim Burton, David Fincher, Tony Scott and Jean-Pierre Jeunet are a few of those rare Directors that you can tell it’s them behind the camera without reading the credits.

I will not assume to tell you how to get your own “trademark look” as this is an organic process that only you can develop, but with experience you will find certain elements in your films that are unique to you.

Picture this: you’re on set, the crew is setting up for the next shot and suddenly your Lead Actor comes up with an idea. You humour him and you shoot it his way. Now the Camera Assistant has his own little brain-fart and suggests this to you. The Sound Operator likes that idea, but suggests a minor change. Soon you have too many chefs in the kitchen putting in their ten cents worth.

I am not apposed to collaboration, but that needs be sorted our in pre-production. As the Director you need to take control about the direction your film is taking and making changes during production is a sure-fire way to deviate from that path. If you like the cast and crew to put ideas forward on set you’re more than welcome, just remember that they won’t be held accountable for the final product. This is especially true for independent films where the level of discipline is lower than usual.

Like everything in life, there are exceptions. The people you work with are experts in their field. And if something isn’t working, they are the best people help come up with a solution. You need to determine your own level of collaboration on set, just be aware of the pitfalls.

Let’s face it, Actors aren’t curing cancer no matter what they think. But they do deserve respect for what they do. It takes a lot of focus to relive a fictitious situation over and over again with crystal clarity. In order to get the best out of your Actors is to do what you ask of them. If you want them to climb onto a roof, you better be up there with them. Actors zone out the moment they sense that they are not being respected (true of any crew member).

Show them respect and give them constant feedback. Some Directors (Clint Eastwood) choose to let the Actors do their thing until something doesn’t work. There’s nothing wrong with this, but it could make the Actors nervous and insecure. For the best response, speak to your Actors in Verbs. Telling them that they came across as too unsure in the previous take will confuse them as “too unsure” is a relative term. Rather tell them to try to “convince” the other Actor a bit stronger. Verbs are usable tools that an Actor can use.

Think of your Crew as a group of genius toddlers. They are masters of their particular fields, but are very quick to point out their discontent. Screaming, Shouting, Sarcasm – none of these work. Treat them with respect and they will move mountains for you. This sounds obvious, but a lot of Directors (and some Actors) see the Crew as secondary henchman that are lucky to share a set with them. Try making a movie without a Sound Operator and one will quickly realize that this is not true.

“Food is Fuel”. A hungry Crew will be cranky and deliver poorly. Keep them well fed, and they will keep smiling. I can’t stress this enough.

The most destructive thing on any set is unsurity. A crew standing around asking each other what they’re supposed to be doing is the worst thing you could let happen. As the director, you should have your storyboards and the running schedule up on a wall so that everyone knows exactly what’s happening. If you are running over schedule (and you will) make sure that everyone knows where they’re needed at that point in the day.

You’ve arrived on set. It helps to have a quick meeting with everyone to let them know how the day will run. Introduce everyone so that they know who is responsible for which department. Now you take your D.O.P. (Director of Photography), Actors and Sound Operator through the first shot. Do a walk through with your Actors making sure that your D.O.P. is noting each position and camera angle. Now let the Actors go to Make-Up and Wardrobe and let them run through their lines. Your D.O.P. will start setting up the lights and camera.

Once everyone is ready and on set, you do a quick double-check before you start rolling. If everyone is happy, you tell the Sound Operator to “Roll Sound”. Once the Sound Operator replies “Sound Rolling”, You call “Roll Camera”, once the Camera is running at full speed, the Camera Operator will call “Speed”. Now the Camera Operator says “Marker”. The Camera Assistant (or whoever) takes the slate in front of the camera. The Assistant calls out the details written on the slate i.e. Production Name, Scene number and Take number. He claps the slate to sync sound (particularly with two cameras).

Your Assistant quickly clears the shot. Your Camera Operator will call “Set” which means he has moved the camera angle from the slate to the starting point for your shot. You call “Action” and your Actors do they’re thing. Once the scene is done everyone waits for you to say “Cut” (when you’re shooting on film, you will add “Check the gate” and the Camera Assistant checks the camera gate for hair etc.)

You repeat this process as many times as you like until you are happy with the shot. That’s it. Now you’re Directing! But that’s not all there is to it. It is important to watch the scene play out while keeping in mind what scene preceded this one and what scene will follow in the film. Does your Actor’s demeanor match the previous scene? How will he need to act in the next one? Tired? Angry? Remember that the scene is small piece in a huge puzzle and if one doesn’t fit it throws the rest of movie off course.

A little tip is too focus on the Actor’s eyes. Are their eyes darting around while they talk to their co-star? Then they are not focusing. If you don’t believe their performance, the audience won’t either. If your two Actors are talking to each other, make sure they the one Actor is facing screen left and the other screen right. It helps the audience keep their bearings on where your Actors are. Should your Actors move in the scene make sure that your shots cover this move to keep the audience up to speed.

We watch people’s eyes. If there’s nothing there, we zone out.

People sitting down to watch a movie is the equivalent of someone going to an Ad Agency and saying “I want to buy something”. This makes Filmmaking one of the rare industries, because we don’t have to convince our customers to watch movies. They are predisposed for entertainment. They are meeting you half way by saying to you “entertain me”/”Move me”/”Take me on a journey” and you have a responsibility to them to deliver. Make them forget their lives for an hour-and-a-half. Make them walk away with an emotion. They are willing customers so there is no excuse for a bored audience.