How Movies are Designed 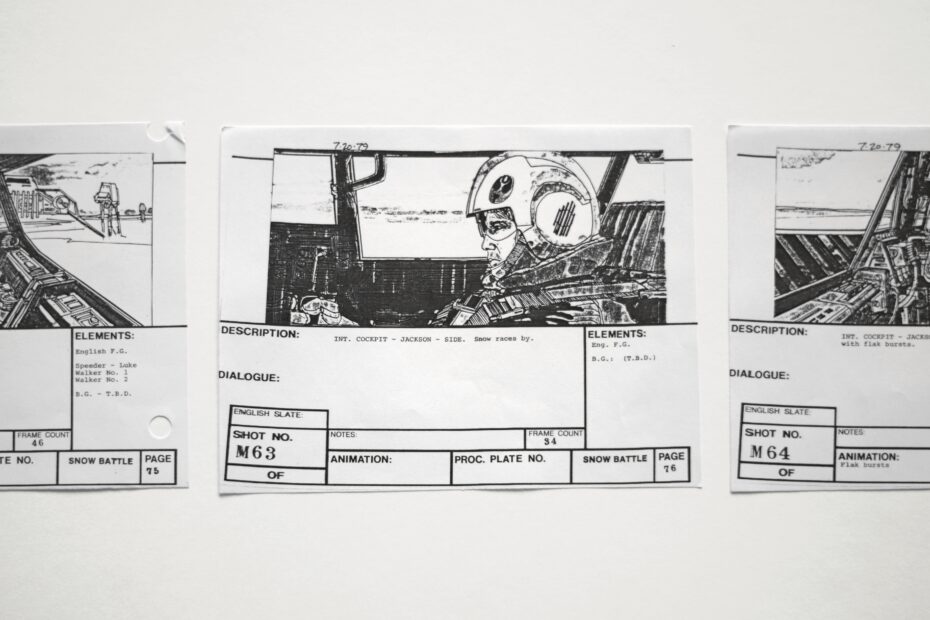 By using a variety of visual and auditory techniques, filmmakers augment the basic story-line and convey a deeper meaning. Aesthetic qualities, such as camera angles and scenery, can help to connect viewers with characters and the plot, whereas auditory techniques can add an emotional element.

How Movies are Designed Visually

A key component of the visual presentation of a film, according to author Richard Barsam of “Looking at Movies,” is the “mise-en-scene,” or the “overall look and feel” (p. 92). Mise-en-scene involves both design, the deliberate inclusion of certain props, settings and actors, and composition, which is the “organization, distribution, and general relationship of actors and objects within the space of the shot (p. 92).

The design elements of the mise-en-scene, which may include elaborate costumes or vast landscapes, can help to pull viewers into the scene as if experiencing it first hand, or contribute to their understanding of the plot. To aid in this comprehension of the story-line, design can include such specific elements as the makeup, hairstyling, wardrobe, location, set construction, and vehicles used in the film.

Design includes specific visual elements that aid in plot interpretation, while composition creates visual organization. This is achieved by combining framing, what viewers see in the film, with kinesis, what actually moves on the screen. Working carefully with framing and kinesis, directors guide viewers’ impressions of the film and ensure that its visual elements achieve a proper balance.

Also important to viewers’ interpretations of a film, the types of camera shots and angles that directors utilize contribute to emotional-connectedness and understanding of characters. Viewers may feel very connected to a character, for example, if he or she is presented by a close-up shot. Medium close-ups, in addition to close-up shots, allow viewers to see changes in a character’s facial expressions and interpret his or her emotions.

Different types of shots are vital in contributing not only to viewers’ emotional connectedness to characters, but also in their interpretation of the characters. Long shots, which present a character’s whole body, also include some scenery and allow viewers to see the noteworthy physical qualities and abilities that characters posses. A medium long shot serves to show two characters conversing from the knees up, while a medium shot tends to depict a character from the waist up, replicating the way viewers would see a person if actually conversing with him or her in everyday life.

On a related note, camera angles also contribute to the understanding of a scene. Eye-level shots, for example, convey that a neutral attitude should be felt toward the subject on the screen. A low angle shot, made with the camera placed below subjects, results in the material on the screen appearing intimidating. A high angle shot, on the other hand, depicts subjects on the screen as helpless and inferior. Different from others, the Dutch angle shot is taken with the camera tilted, implying that the occurrences in the film are out of balance or unusual.

Auditory Elements of Making a Movie

Sounds in a film can range from the vocal sounds of dialogue, to ambient sound, which comes from the environment. They also include sound effects, which are artificially-created, and music, which can aid in story-telling by conveying emotion.

Sounds, taken together with visual elements, help films to seem realistic and organized as a whole. That being said, filmmaking involves more than simply recording events; it is an artistic process.