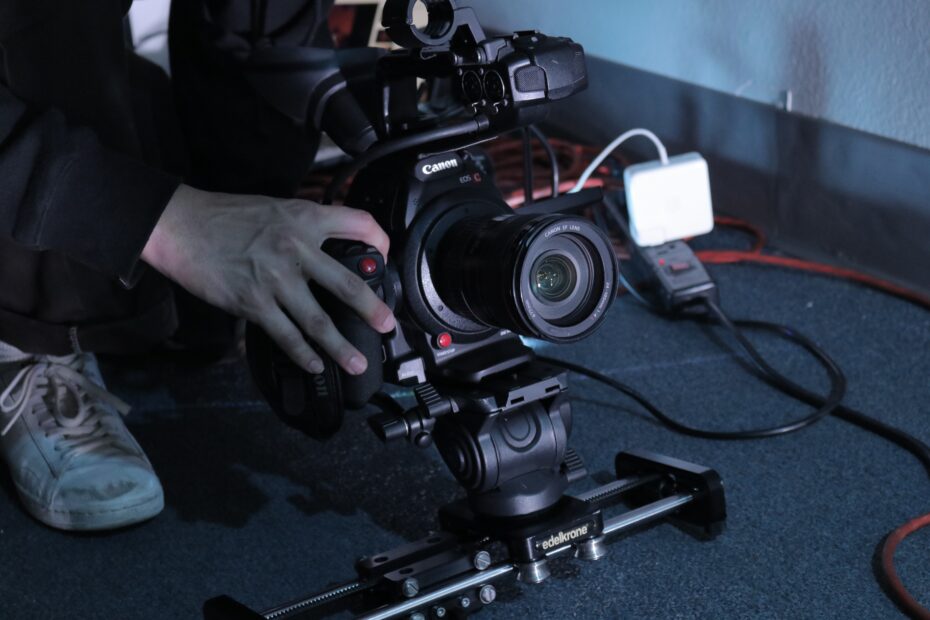 Making a film – even a short film – is no easy feat, and requires exceptional coordination, people skills and creative planning. There is no right way to make a film (there are many wrong ways) but there’s some important advice that can help make the process seem clearer.

Is Making a Short Film a Good Idea?

One of the biggest problems most budding young short film producers face is a lack of distribution opportunities. Aside from short film festivals, there’s not really any way to make money from short films, or anywhere that will seek to screen them. For this reason, there’s rarely any funding available to make a short film, and most are self funded.

The main reason people make short films is in order to practice the art of filmmaking, to network with other budding filmmakers and to create a film ‘show reel’ as a self promotion to help leverage funding for a feature film. Of course there’s always that other reason; for fun – but the time and expense involved means that profit is almost never a reason for making a short film.

The biggest challenge a short filmmaker faces is trying to convey a strong story in a very limited amount of time. Many short film scripts try to pack in too many ideas and end up becoming overly long and bloated. A good short film generally should attempt to convey a very simple idea, with very limited locations and characters – many short films have a clever or ironic twist that plays against audience expectation.

Youtube is an excellent resource for watching short films outside of a short film festival, and a review of some of the best short films will show that simple, pared down concepts tend to be the most successful; what makes these ideas work is originality combined with a good attention to detail.

The most important part of making a short film is very often in the planning – the pre production process. The better organised and planned a film is the more likely success. Each shot should be story boarded, so that the director can pre plan the order of shooting sets up by location and difficulty in conjunction with the cameraman and producer.

This process will further reveal such elements required as props, locations and actors. A director needs to know every element in each shot of their film, along with the preferred framing to decide the style of the film, before the filming commences. This pre knowledge will make the usually stressful shoot simpler, resulting in a successful outcome.

One of the most difficult processes in the preparation of a short film is finding the right locations and getting permission to use them. Most location shoots take at least half a day – usually a lot longer, when taking set up time, rehearsal and re-shoots into consideration. On top of this there’s usually a decent sized crew and equipment along for the ride, so to shoot at someone’s house or office can be intrusive.

Filmmakers need to choose a location where an amicable agreement can be made with the owner while further considering necessities like toilet facilities, electrical outlets, catering options and surrounding noise pollution. All of these elements make location hunting a challenge and to find a location that will happily facilitate filming needs to be one of the most highly thought-out parts of the process.

Getting a Cast and Crew for a Short Film

It’s actually not too difficult to find a willing cast and crew to work with on a short film. There are millions out there trying to work their way into the film industry and many are willing to work on a deferred payment basis to gain experience and make some networking contacts. Advertise at a local film or acting school for crew and cast (if there’s one in the area), and also try film clubs and societies and media and arts centres.

Each crew member you find often knows of another who’s looking for work, thus a snowball effect can lead to a large and eager group. With actors, it’s a good idea to set up an audition, to show professionalism and to get a sense of how easy each actor is to work with. The best, most important and final piece of advice when finding crew for a film is: get a cameraman who knows what they’re doing. Good camera work can make or break a film, and a cameraman often knows about lighting and other technical details of importance.

On completion, the next step is to send the successful short film into the right festivals so that maximum screen exposure can be achieved. There are thousands of short film festivals the world over, accepting films off nearly all styles and genres. The website IMDB is a great online resource for searching out festivals world wide and narrowing down the best and most suitable. The site also allows users to pay entry fees for most festivals.