What Does a Movie Producer Do? 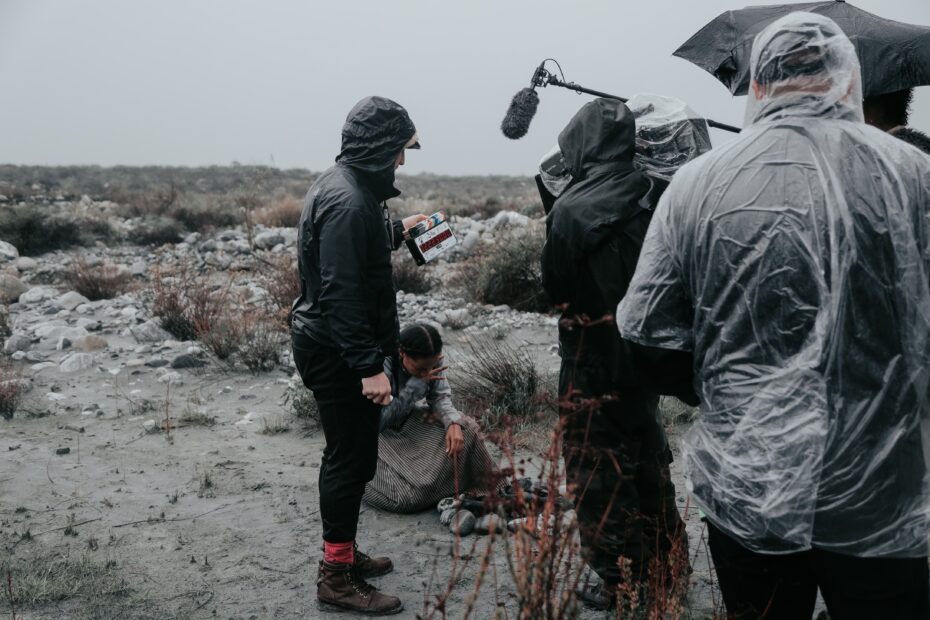 In Depth Job Description of a Film and TV Producer

Although often under appreciated, the Producer’s work is so crucial that on a big budget production, there may be a whole team of people – the Production Team – performing the Producer’s various jobs. To fully grasp the all-encompassing nature of the Producer’s responsibilities, it’s helpful to divide the job description into sections and relate commonly used job titles to their counterparts in the business world.

On an small indie project, one very busy Producer might manage every aspect of the production. This would be like the Sole Proprietor of a small business doing everything necessary to make it run. On larger scale productions however, the job is simply too much for one person to handle. In this case, the Producer works within a Production Team.

If you think of the Production Team as a company, the Producer is the Chief Executive Officer, or CEO. Just as the first CEO in a corporation is often the founder, the Producer is often the main driving creative force behind a film or TV production. (S)he may have played a role marrying the script with an Executive Producer, or attaching a well known Director or Actor to a screenplay to attract financing. Thus from the very inception of a production, the Producer plays a vital role.

During production, the Director and Line Producer work with or report to the Producer to ensure the creative vision is being executed – similar to the way Managers answer to a CEO. However, even the Producer is beholden to the financing, which is represented by the Executive Producer.

An Executive Producer or “Exec” is like a Director in a corporation. The Board of Directors is endowed with the power and responsibility to protect the interests of the investors in a company. The Executive Producer performs the same duty.

The Executive Producer is often one of the first people involved in the making of a film or TV project. Sometimes, a Producer or Screenwriter might approach an Exec for funding to help develop a story idea. When a screenplay takes shape, the Exec seeks financing to move the project into production. This is similar to a company or start-up seeking investment capital.

Studios employ Execs whose full-time job is to seek out screenplays that have potential to make a great film or TV series. There may be more than one Exec on a project, as anyone contributing a sizable investment to a production may demand a credit as an Executive Producer. On big budget productions, a studio may assign several Execs to ensure the studio’s interests are protected during the production process.

An Executive Producer may also be a representative from a charity, foundation, or government funded organization with a mandate to finance projects based on artistic merit. In this case the Exec ensures that the final product fulfills the goals of the funding body. In short, the Executive Producer is responsible for connecting investment capital with viable film and TV projects, and ensuring the investor gets what they paid for.

The Line Producer, sometimes called the Production Manager (PM) oversees the day-to-day business of making a movie and is ultimately responsible for the production’s below-the-line budget. This includes all production expenses other than fees for Writers, Producers, Directors and Actors. Below-the-line-expenses include:

The Line Producer hires all the production and post-production crew such as Wardrobe Designers, Art Directors, Gaffers and Post Supervisors. These and other department heads report directly to the PM, who must provide guidance and problem solve throughout the movie making process. For this reason, the Line Producer must have experience and knowledge in as many aspects of film and TV production as possible.

The importance of a Line Producer’s work cannot be overstated. Beholden to the Producer and charged with fiscal responsibility, a Line Producer is similar to a corporate Chief Financial Officer (CFO). Overseeing human resources and managing nearly every aspect of production, the PM is also like a General or Operations Manager for a company. The Line Producer must be a superbly competent and dynamic individual with strong leadership skills in order to perform this job with any success.

The line separating these jobs from those described above is somewhat vague, as the granting of these titles can be subject to political considerations in addition to pragmatic ones. A Co-Producer’s responsibilities are substantially similar to those of a Producer, although more limited in scope. An Associate Producer is a Producer or Executive Producer who is subordinate in some way to the primary Producer(s).

According to Merriam-Webster Online, the verb “produce” is defined as “to compose, create or bring about by intellectual or physical effort”. From the very inception to the final screening, Movie Producers make movies through mental and physical effort. When financing is required, they bring about investment capital. When problems arise, they create solutions. Just as the survival of every business is entrusted to its leader, every film and TV production has at least one Producer who is integral to its existence. In the simplest terms, a Producer enables the process by which investment capital is made into a movie.