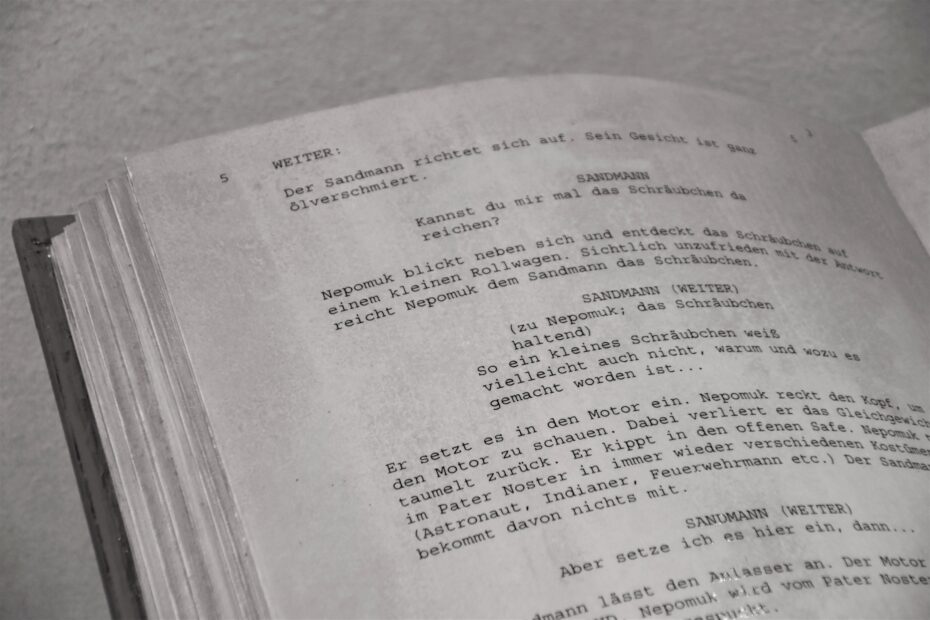 To demonstrate the popularity of screenwriting, so the story goes, a Los Angeles reporter selected people at random and asked them one question: “How’s your screenplay going?” Seventy-five percent responded: “It’s going great, thanks for asking.”

This story may be a funny urban legend, but it is also true that the Writers Guild of America registers more screenplays every year. More film festivals now advertise a screenwriting category and screenplay contests have expanded to accommodate the increase in scripts. The Page International Screenwriting competition, to choose just one example, reported over 4500 entries.

Yet, while the number of screenplays continues to rise, the number that transforms from script to screen has not improved. According to the Movie Picture Association of America, from a high of 900 new films produced in the US in 2005, production in 2009 dropped by 26% to 627.

If new screenwriters feel challenged by this situation, new filmmakers are also frustrated. Both film school graduates as well as many film industry professionals want to make movies but feel the system keeps them at arms length from the producing action. And don’t get them started on the cost of making a feature-length movie independently!

The short, usually movies of ten minutes or less, presents an ideal format for the fledgling movie producer. While major studios stopped making them in the 1950s when television came along, shorts are a staple of the film festival circuit. And if we tend to hear most about the new feature that scored big at Sundance, short film screenings at festivals outnumber new feature showings by as much as 10 to 1.

Borrowed equipment and a volunteer cast and crew contribute to a low-to-no production budget. And while the viewing audience may be small, a well-produced short demonstrates more effectively than any written resume the filmmaker’s skill, vision, and flair.

Importance of the Short Screenplay

Some directors write their own short scripts. But not all do and even those with writing talent want to ensure that their production efforts – and despite the low cost (or because of it) short films require an enormous amount of work – are focused on the most effective story possible and will often read screenplays written by others.

If you are already writing screenplays, you should consider the short format for the same reason it appeals to fledgling producers and directors: as a calling card that presents your talent in tangible form. Your writing simply becomes more visible.

A number of websites are available to help connect your screenplay to filmmakers looking for shorts. Inktip, for example, is one such service that, while charging a monthly fee to help market features, offers a free service for short screenplays. Under a variety of genre categories, your logline can be located easily by filmmakers who will email you for the completed script if sufficiently intrigued by your brief description.

Your most important tool is the logline. You may be used to writing that one sentence summary of your 90-page feature after you’re finished the script. But because your short screenplay will need to be highly focused, try writing a number of one sentence loglines before you type “FADE IN” in order to find the richest conflict or unusual situation. Set the story up in the first half of your sentence and payoff the conflict with the second.

For example: Imagine the situation where a man tries to take out money from his account and becomes frustrated by his bank’s many new rules. Your logline could be:

You’ll think of better ones!

The short script frees the writer from the feature’s many complex demands so take advantage of the short format to experiment with new characters, write fresh dialogue, imagine startling situations. Charge into your short with gusto.

Here are some further observations that I’ve found useful in my own writing and in working with other writers and filmmakers.

#1 TIP: A Short is not a Miniature Movie

Even though it needs a beginning, middle and an end, a short is not a miniature feature. Don’t think of your story as a trailer for a two hour movie with many incidents telescoped into a few minutes of viewing time. If you do, then your idea is likely too complex to be contained in a short form. Better to find a simpler story with one main idea that can unfold naturally during the course of the viewing time you’ve allotted.

A short film story about a bank robbery doesn’t have time to detail the entire heist. Focus on a key scene where the story elements are most intense and revealing of the characters. Perhaps a major bungle thwarts the robbers’ goals – an argumentative teller who won’t hand over her money or the one bank employee with the needed combination has gone to lunch and the robbers have to hold together the tense situation while they wait. Whether you want the conflict to be played out as a comedy or a drama, make this central situation be your major scene and use only a couple of pages/minutes to set the story up.

Try and find overlapping ways to reveal character and story elements that reinforce one another to give the audience necessary information quickly. This is particularly important when you are establishing a main character.

For example, if your character is down on his luck think of a single moment when this can be expressed without using up page space showing him in a variety of hard-luck situations such as standing in an unemployment line and sleeping on a park bench.

Here’s one way to set this up:

JAKE (20), wearing clothes as mussed as his hair, enters a Starbucks sprinkled with morning drinkers. He wanders toward an empty table with a lone coffee cup.

He looks around, then picks up the cup and takes a tentative sip. He makes a face – too cold or too sweet? He pauses – and then downs the contents in one swig.

You’ve used only a small part of one page and perhaps twenty seconds of viewing time to establish your character in an interesting way with no dialogue and a minimum of action.

(Extra note: the phrase “clothes as mussed as his hair” is a more visual way to say “dishevelled” and sketches a clearer picture for your reader or filmmaker. And still only six words!)

There may be something arbitrary about whether a film is 10 or 15 or 20 minutes long and there are certainly shorts of varying lengths. But many filmmakers like to work within a 10-minute time frame. It’s a manageable chunk of time for those with a no-to-low budget, often with borrowed equipment and cast and crew giving their professional time.

And, ten minutes is long enough to tell a complete story. Two minutes for setup and a minute to wrap things up leave a solid seven minutes in the middle to develop a rich scene where your story will unfold.

Work with time and page limitations, certainly until you’ve exhausted the possibilities. Just don’t keep writing on and on if things aren’t working. Remove dialogue and prune scenes to keep the FADE OUT landing on page ten. When you’ve got a good first draft see if an experienced reader feels the story needs more room. Then, if you need to, expand.

Ten pages may not really be a rule. But it is a good target.

This is repeat tip but well worth emphasizing. There appear to lots of rules in screenwriting and sometimes these may appear to drain away the writing pleasure. Remember that a short script offers an opportunity to relax many of the feature’s complex demands so take advantage of the short format to experiment with new characters, write fresh dialogue, imagine startling situations.

Charge into your short with gusto.